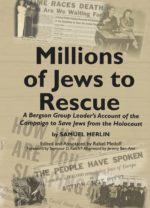 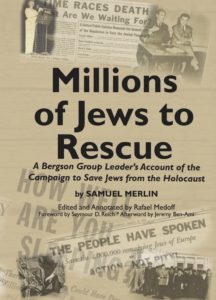 Millions of Jews to Rescue: A Bergson Group Leader’s Account of the Campaign to Save Jews from the Holocaust

The Roosevelt administration tried to deport them. The FBI spied on them. The British wanted to arrest them. But none of that could stop the Bergson Group from forging ahead with its campaign for rescue of Jews from the Holocaust in 1943-1944.

Their rallies, lobbying in Washington, and hundreds of newspaper advertisements shook the American public and forced the Allies to face the Nazi genocide.

In these pages, the late Samuel Merlin, one of the group’s leaders, tells the remarkable story of a handful of activists –Jews and Christians– who helped change history. Merlin’s account is edited and annotated by noted Holocaust historian Rafael Medoff.