Part 3) of The Bergson Group, A History in Photographs

Shattering the Silence: We Will Never Die

To shatter the curtain of silence surrounding the slaughter of Europe’s Jews, Hollywood scriptwriter and playwright Ben Hecht in early 1943 conceived the idea of holding a dramatic pageant to publicize the plight of the Jews. With his show business connections Hecht was able to recruit prominent celebrities to take part, including Billy Rose as producer, Moss Hart as director, Kurt Weill to compose an original score, and Edward G. Robinson, Paul Muni, Sylvia Sydney, and Stella Adler in starring roles in the pageant, which he called We Will Never Die. Some 40,000 people attended the sold-out Madison Square Garden opening night performances. The Bergson Group also staged it in Boston, Chicago, Washington, D.C., and at the Hollywood Bowl; in all, more than 100,000 people saw We Will Never Die. 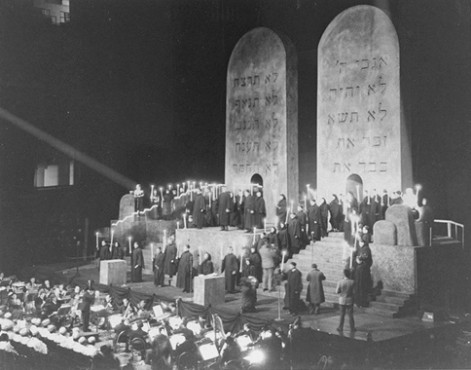 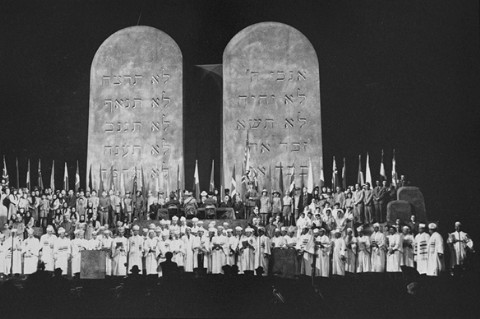 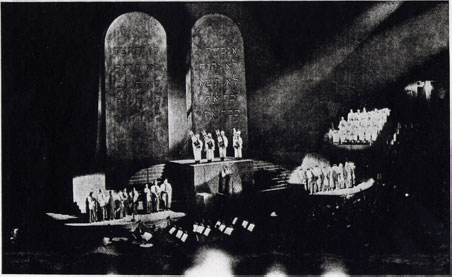 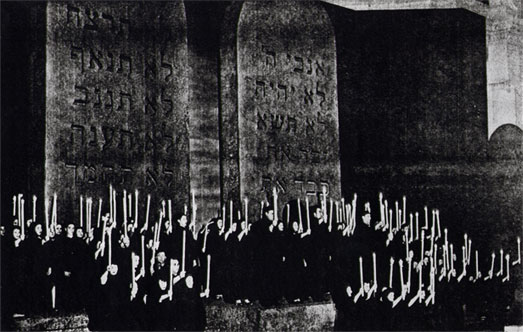 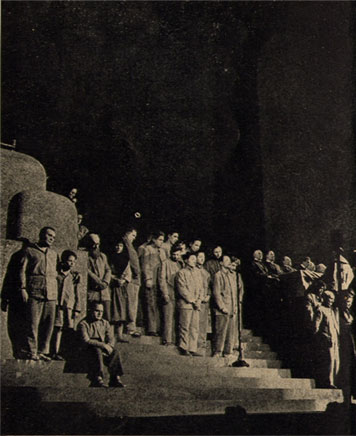