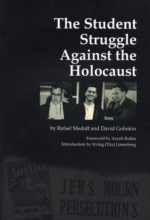 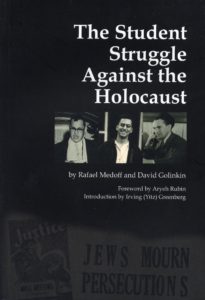 By the autumn of 1942, there was no more room for doubt: the Germans were carrying out the mass murder of millions of European Jews. In the death camps of Auschwitz and Treblinka, in the ghetto of Warsaw and the ravine of Babi Yar, the slaughter continued, day after day, while the Free World looked away.

American Jewish leaders were confused, divided, and afraid that speaking out in protest would be seen as undermining the Allied war effort. American Christian leaders paid scant attention to the most horrific tragedy of modern times. Into this moral vacuum stepped three young rabbinical students. Noah Golinkin, Jerry Lipnick, and Buddy Sachs had no office, no funds, no organizational experience–just an unshakeable determination to shatter the silence, before it was too late.  This is their story.