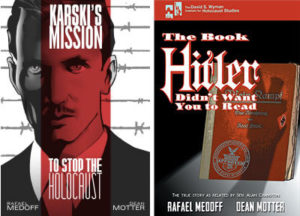 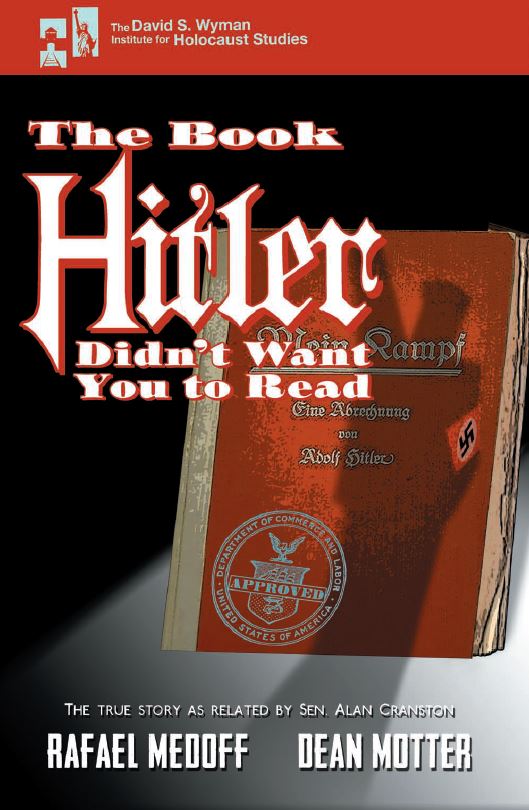 The Wyman Institute’s cutting-edge educational comic books about the Holocaust are being used in schools to help students understanding this difficult period in history.

THE BOOK HITLER DIDN’T WANT YOU TO READ

The book in the Manhattan store window was an English-language edition of the infamous Mein Kampf, by Adolf Hitler, leader of Nazi Germany. But as Cranston flipped through the pages, he realized the editors had removed the most violent and anti-Jewish passages–they were trying to fool the American public into believing that Hitler was moderate and reasonable.

The year was 1939. The Nazis were on the march, and the world was teetering on the brink of war, but many Americans preferred to ignore the danger. It was up to Alan Cranston, a young journalist–and future U.S. senator–to stand up against a monstrous dictator and expose the evils of Nazism to the American public.

This is the amazing but true story of one man who stood up for truth–and became the only American citizen ever sued by Adolf Hitler.

“This is a compelling account, in comic book format, of how Alan Cranston first took up the fight against fascism as a private citizen in the 1930s, and then – when he became a U.S. Senator – enlisted the power of the United States to rescue Ethiopian Jews in the 1980s.  It is brilliantly conceived, powerfully executed, and all true.”

“I served with Alan Cranston in the Senate, so I always knew he was a mensch who spoke with a powerful voice against the forces of tyranny and oppression.  I did not realize, however, that he recognized and spoke out about the evils of Hitler in the 1930s, as described in this comic book. Every teacher in America should be using this educational tool in his or her classroom. What a great way to acquaint young people with these important and poignant chapters of history.”

“True accounts of principled acts of humanity should be disseminated to all audiences.  This publication, using a comic book format, teaches young readers how Alan Cranston, as a courageous young man, did what he could to make a little-understood anti-Semitic ideology, Nazism, understood by Americans, and, decades letter, as a U.S. Senator, helped rescue Ethiopian Jews by prodding the U.S. government to bring a stranded remnant to Israel.” 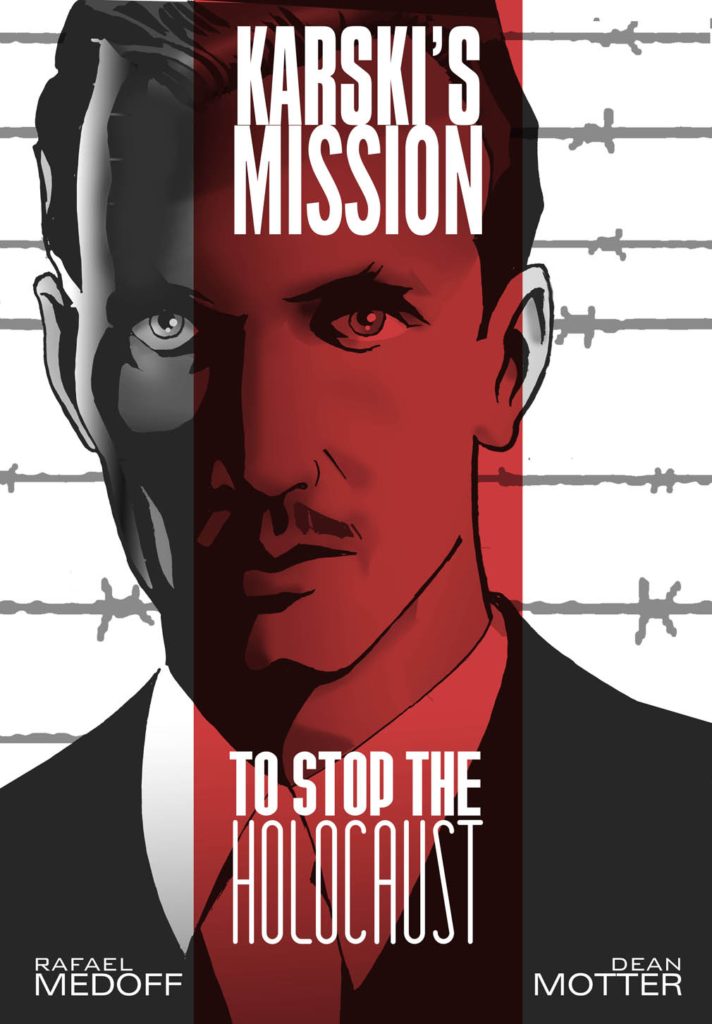 KARSKI’S MISSION: TO STOP THE HOLOCAUST

Written by Rafael Medoff; illustrated by Dean Motter.
Co-published by the Wyman Institute and the Jan Karski Educational Foundation.

In the darkest hours of World War II, a young Polish emissary is asked to undertake a perilous mission: to bring the Free World eyewitness testimony of Nazi atrocities against Jews—by having himself smuggled into the Warsaw Ghetto and to a transit point for the Belzec death camp.

Can Jan Karski come out alive from the killing fields of Nazi-occupied Europe?

Will he succeed in bringing his shocking report to British and American leaders, including President Franklin Roosevelt?  And will the Allies take action to help rescue the Jews?

Find out in Karski’s Mission, the incredible but true story of a man who risked his life to expose the horrors of the Holocaust.

Here’s what students at Loyola University had to say about Karski’s Mission:

JESSICA REALZOLA:  “I was astounded and shocked when these government officials from all different ranks merely brushed off Karski’s testimony…Jan Karski is a hero for telling the horrific but honest truth of what the Nazi Germans were doing to the Jewish nation….Karski’s Mission: To Stop the Holocaust is inspiring, empowering, and heroic.”

KARYNA BRAVO:  “When reading the comic Karski’s Mission, I was in suspense throughout the whole book…This is definitely an effective way to get the younger population interested in reading about the important people who have had an impact on society.”

DALTON SCOTT DAY:   “Previously one that held comics in contempt, the illustrated story of Jan Karski forever transformed the way in which I approach alternative forms of literature…Never would I have imagined that in so few words and in so few pages I would enter into a world that would forever provide me with a snapshot of Karski’s world.”