A Refugee Ship That Changed History 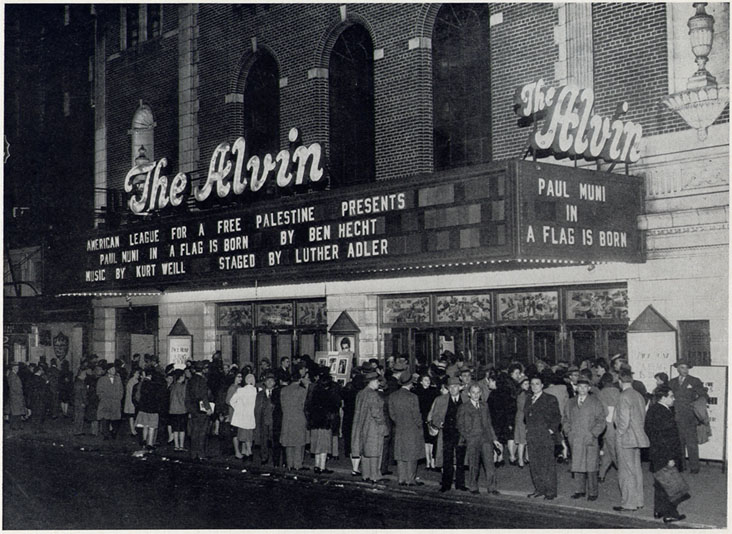 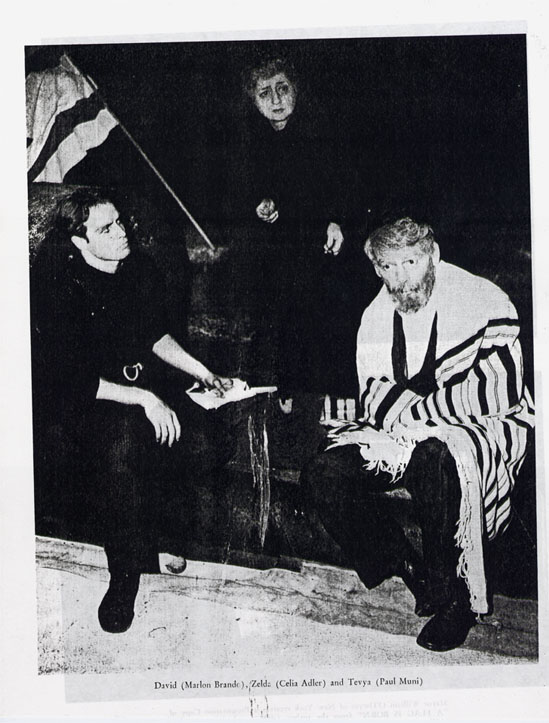 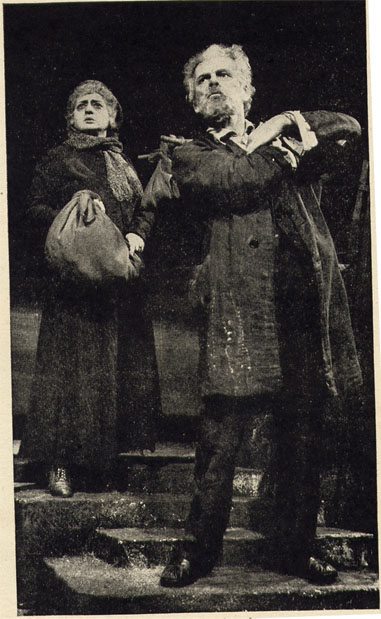 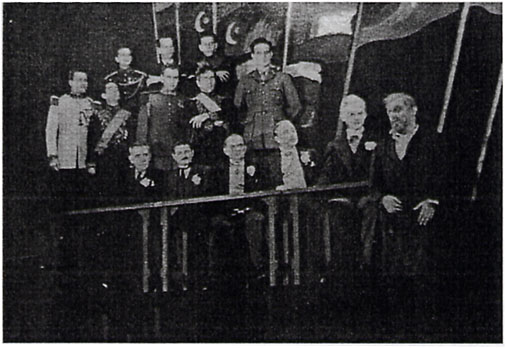 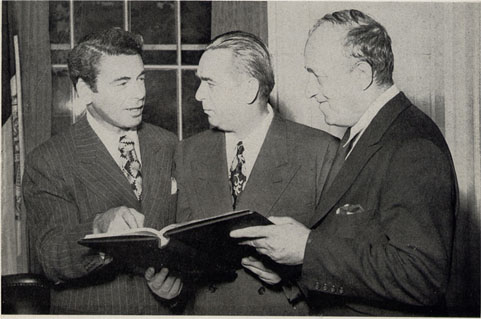 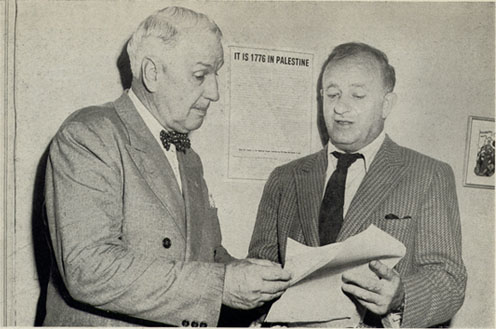 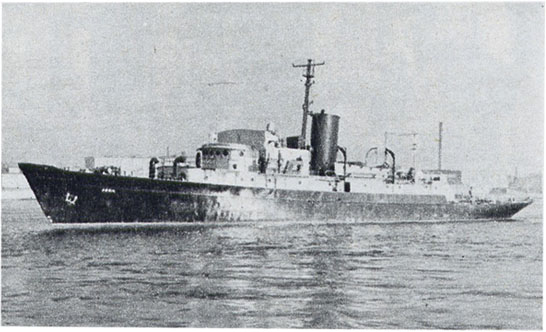 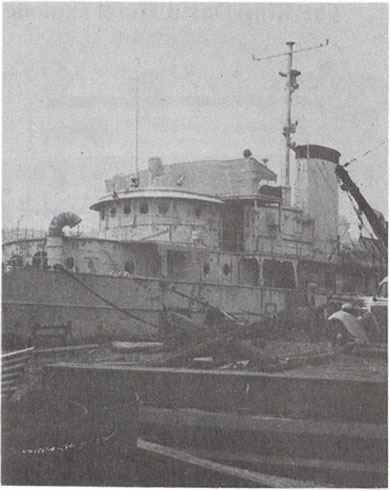 The marquis outside the Alvin Theater in New York City, where the Bergson Group’s production of Ben Hecht’s “A Flag is Born” opened on September 5, 1946. The proceeds were used to purchase the ship that was renamed the S.S. Ben Hecht.

Marlon Brando, Paul Muni, and Celia Adler starred in A Flag is Born

Paul Muni and Celia Adler in a scene from the play.

Muni appeals to the “Council of the Mighty” to support Jewish statehood.

A view of the S.S. Abril before it was rebuilt and named the Ben Hecht.

During the repair process, circa December 1946.
(Courtesy of the family of Yitshaq Ben-Ami.) 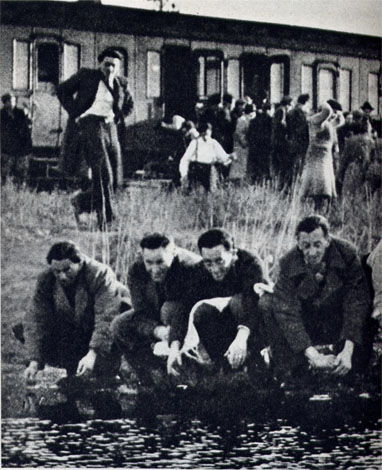 A train carrying refugees to the port where the Ben Hecht was anchored paused at a stream. 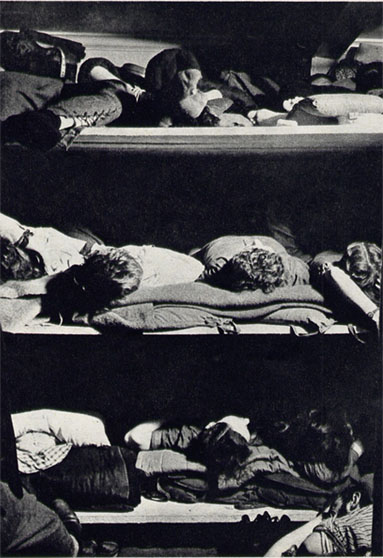 The “beds” on which the refugees slept on the ship were little more than wooden shelves. The cramped accomodations were necessary in order to enable as many passengers as possible to fit board. 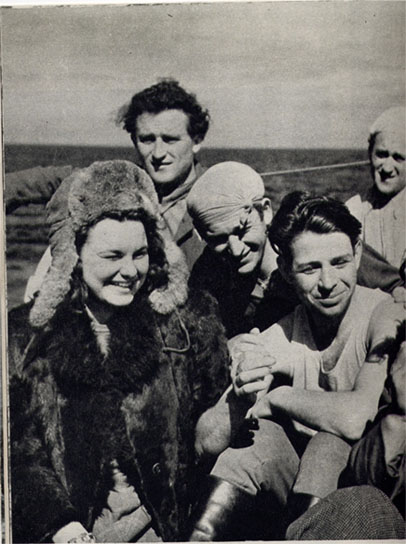 A scene aboard the Ben Hecht. Media reports identified the man in the middle as a Jewish former officer in the Soviet Red Army.

MIDDLE: A couple who were married a year earlier, in the former concentration camp where they had once been prisoners. 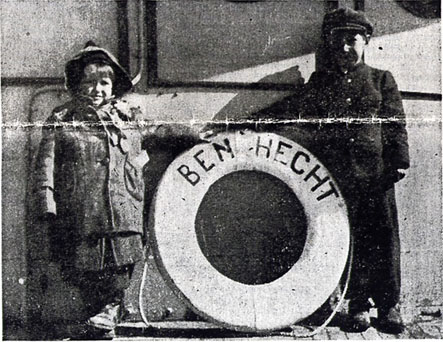 Two child refugees aboard the Ben Hecht.
(Courtesy of the Institute for Mediterranean Affairs 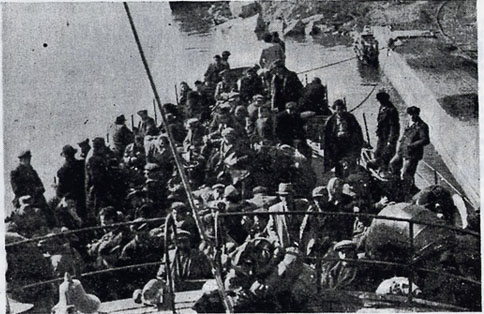 The Ben Hecht, filled with refugees, shortly before leaving Port de Bouc on March 1, 1947.
(Courtesy of the family of Yitshaq Ben-Ami.) 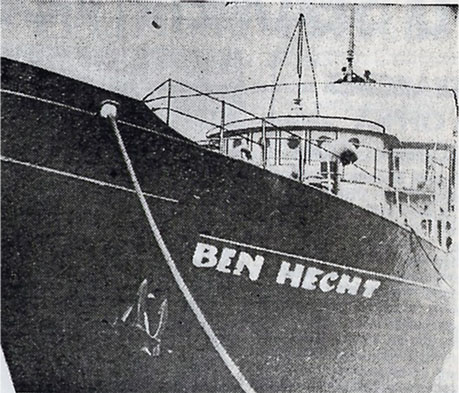 Photo of the Ben Hecht used on the front page of the March 14, 1947 edition of the Bergson Group’s newspaper, The Answer. (Courtesy of the Institute for Mediterranean Affairs.) 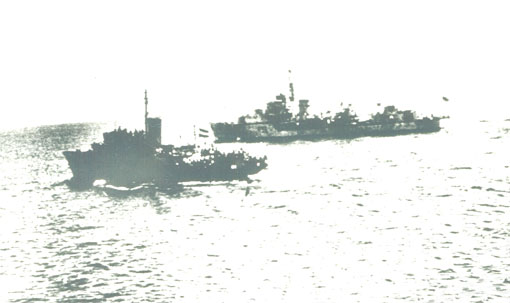 Photo of the Ben Hecht as it was being intercepted by British destroyers on March 8, 1947. The photo was taken from one of the British patrol planes overhead.(Courtesy of the family of H. Robert Levitan) 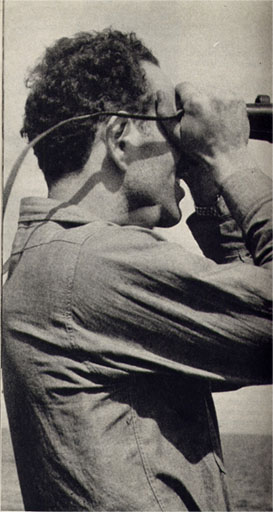 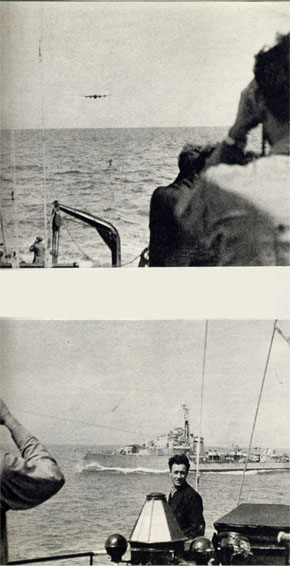 BOTTOM: A British destroyer cutting off the Ben Hecht 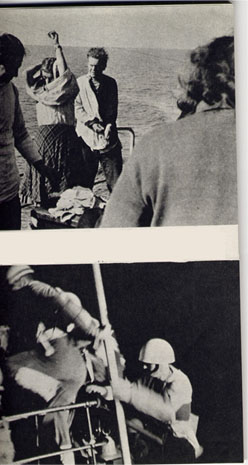 TOP: Thinking that the ship might be able run aground, enabling them to step out into the shallow water and make it to shore, these refugees quickly put on as many of their clothes as possible, when they saw British patrols boats approaching. 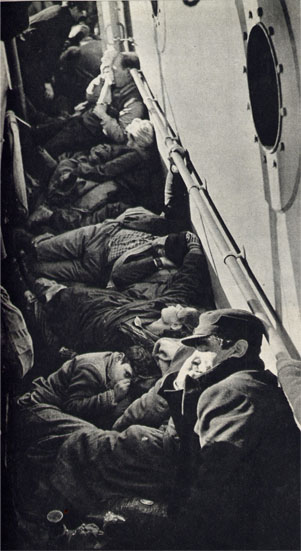 The passengers of the Ben Hecht, loaded aboard a British ship bound for Cyprus, where they were held in a detention camp, with other would-be immigrants, until the establishment of Israel in 1948. 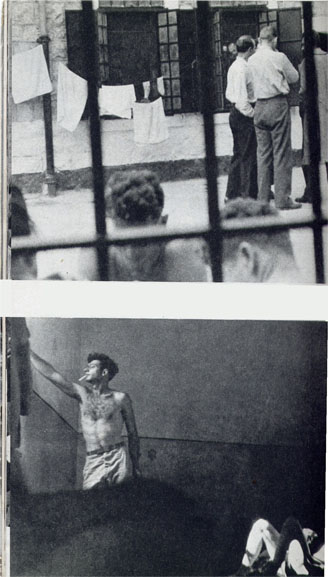 TOP: Crew members from the Ben Hecht in the Acre prison.

BOTTOM: Two of the Ben Hecht crew members in their cell at Acre: David Gutman (standing) and Harry Hershkowitz. 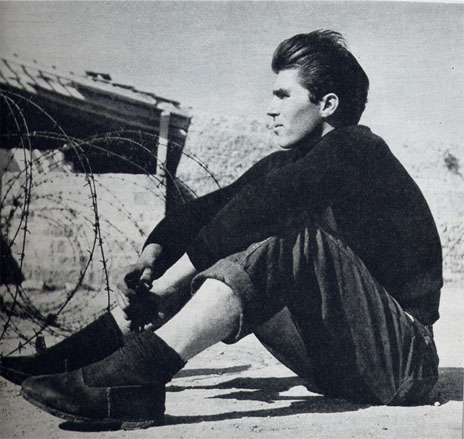 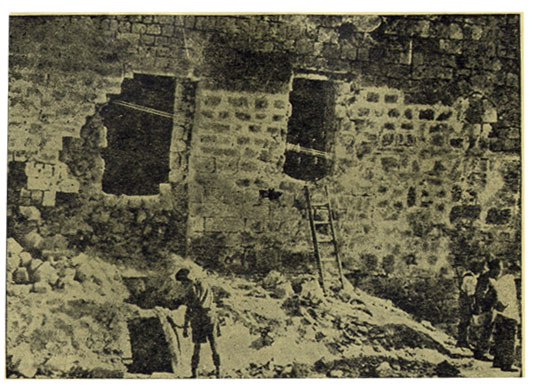 Taken to Acre Prison, a fortress on Palestine’s northern coast, the crew of the Ben Hecht were housed together with prisoners from the Irgun Zvai Leumi, the underground militia, headed by Menachem Begin, which was fighting against the British for Jewish independence.

The Irgun men were delighted to discover that the Ben Hecht’s captain, Bob Levitan, had smuggled a small camera into the prison. For some months, the Irgun had been carefully planning an attack on the Acre prison to free its many imprisoned fighters. At the last minute, the plan stalled because the escapees would need identification papers, with current photographs, to avoid being arrested at British roadblocks. The prisoners had no means of supplying such photos to their comrades on the outside–until Levitan gave them his camera. On May 4, an Irgun force blew open the fortressÕs southern wall, as prisoners used smuggled explosives to destroy cell doors and internal walls. Forty-one Jewish fighters escaped in the daring raid, which the international media described as the most spectacular prison break of modern times as well as a major blow to British prestige. The operation was later immortalized in the film ‘Exodus’.

The photo above shows the holes that the Irgun blasted in the prison walls, through which their comrades escaped. 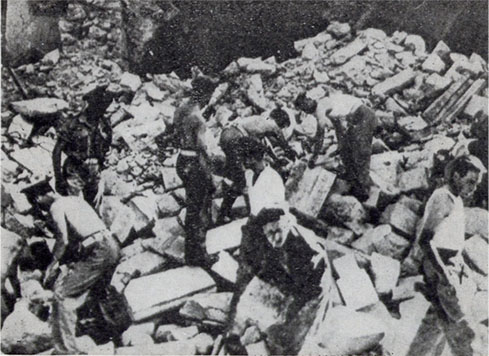 British soldiers clearing the rubble after the attack on the Acre Prison.