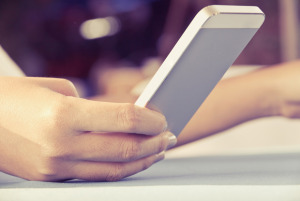 by Rafael Medoff – July 25, 2014
Tablet Magazine
Some friends of mine recently signed up to receive an alert on their iPhones each time an air-raid siren is sounded somewhere in Israel. The phone flashes red with the name of the town targeted by Hamas rockets. These days, their phones sometimes buzz every few minutes.
One may wonder how this does any good. Americans who receive such alerts can’t do anything about them except worry–how can that help?
In fact, American Jews have a long tradition of devising creative ways to identify with the plight of their fellow Jews overseas. Not just to worry, but to recognize their pain and raise awareness, since raising awareness is the necessary first step toward taking concrete action.
During my research on the 400 rabbis who marched to the White House in 1943 to plead for the rescue of European Jewry, I once had the opportunity to interview the daughter of one of the marchers, Rabbi Baruch David Weitzmann. She shared with me this remarkable anecdote:
“In those days, he had a shul on Strauss Street, in Brownsville, Brooklyn. One thing I remember is that he issued a psak [religious ruling] to the congregation, that because we have to feel the tsa’ar [pain] of the Jews who are being killed in Europe, there can be no festivities, no parties, no music. If somebody wanted to get married, they came to our house, there was a little chuppah, some cake and soda, nothing more. No celebrations, no dancing, just the chuppah and that’s all. He explained to us, you cannot celebrate at a time when other Jews are dying.”
In a similar spirit, the administration at Yeshiva College (later Yeshiva University) during the 1940s suspended public festivities such as the Chag Hasemicha, the celebration of the ordination of the graduating class of rabbinical students.
Three rabbinical students at the Jewish Theological Seminary were thinking along the same lines. In early 1943, Noah Golinkin, Jerome Lipnick, and Moshe “Buddy” Sachs approached the Synagogue Council of America with a detailed proposal intended to confront the ‘business as usual’ attitude in the Jewish community and “to remind ourselves of our obligations to those Jews in Europe who still live.”
Upstart college students don’t usually get a hearing from large, established Jewish organizations. These students did. The Synagogue Council agreed to call upon its member synagogues to undertake a series of steps that would change daily life in the community in order to keep the plight of Europe’s Jews uppermost in everyone’s minds.
Here’s what was recommended:
*  Limiting “occasions of amusement.”
*  Observing partial fast days on Mondays and Thursdays.
*  Draping a black cloth over the ark that holds each synagogue’s Torah scrolls.
*  Holding memorial rallies during which congregants would wear black armbands (designed by Golinkin three decades before Vietnam War protesters adopted a similar badge of mourning).
*  Adding several sentences about Europe’s Jews to the Grace After Meals. One asked, “How can we enjoy our food while we know that our brothers perish by famine and sword?” Another was actually an appeal for divine assistance to make American Jewry more compassionate:
“Create in us, O God, a new heart responsive to the agony of our people, the suffering remnants of Israel: May we know of no rest ’til we have stretched out our hands to them in help. Father of mercy, create in us a spirit of compassion and loving kindness, to share our bread with the starving and to seek rescue for those who can be saved, that they live because of us.”
The packet of materials that the Synagogue Council of America distributed to rabbis nationwide also included sample letters to send to political and religious leaders, urging the Roosevelt administration to help rescue Jews from the Nazis. For the rabbinical students, religious symbolism and political action went hand in hand.
Soviet Jewry activists took a page from the students’ book 25 years later. Exemplifying a level of creativity sometimes lacking in the older generation of Jewish leadership, the activists initiated such gestures as having an extra place setting, and an empty chair, at the Passover seder. Jews in Detroit launched an “Unlit Menorah” ceremony during Hanukkah. American Jewish boys and girls twinned their bar and bat mitzvah celebrations with those of the children of Jewish refuseniks in the Soviet Union.
One teenage participant in a daily vigil outside the Soviet embassy in Washington, D.C. later recalled how her life was changed the day she took part: “My sister and I and a friend of ours took the day off from school and established ourselves [outside the embassy]. We fasted all day; we gave out lealets to passersby; and we spoke to anyone who would listen. I felt that I was a link in an important chain. Someone had stood in my place the day before; someone else would stand there tomorrow.”
From generation to generation, this collective spirit has endured. Whether refraining from public celebrations during the Holocaust, adding a seat at the Passover table for Soviet Jewry, or interrupting daily activity with alerts about the situation in Israel, altering one’s lifestyle–even if just slightly–in order to acknowledge and validate the pain of fellow-Jews has become an integral part of expressing solidarity in times of distress.
Dr. Rafael Medoff is founding director of The David S. Wyman Institute for Holocaust Studies, in Washington, D.C. (www.WymanInstitute.org)