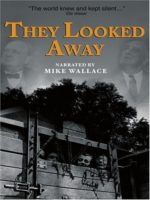 This video provides all the shocking answers to the question of why the allies didn’t bomb Auschwitz in 1943 or 1944.

It includes the original documents, interviews with members of the US and UK administration in those days, aerial photos and maps which show the death camp in stunning detail, and interviews with American and British pilots who flew missions as close as 5 miles from the death camp. If they had only been given the orders, the pilots say, they could have hit the camp with razor-like precision, taking out the crematoria and railroads and bridges, thus slowing down the rate of killing which could have saved thousands or even millions of Jewish lives.