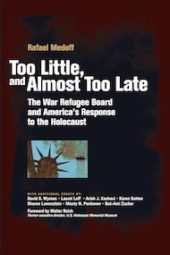 In the final, desperate months of the Holocaust, a small U.S. government agency raced against the clock to save Jews from the Nazis. Despite President Franklin D. Roosevelt’s disinterest and the State Department’s obstruction, the men and women of the War Refugee Board successfully employed unorthodox means of rescue. They bribed border officials, produced forged identification papers, arranged to have Jewish refugees moved out of dangerous regions, and used psychological warfare to disrupt Hungary’s cooperation in the deportations to Auschwitz. It was the War Refugee Board that persuaded Raoul Wallenberg to go to Nazi-occupied Budapest, and financed his heroic life-saving activities there.
Reflecting later on what they did, the board’s senior staff lamented that their efforts came “almost too late” and achieved “too little.” Yet the War Refugee Board played a major role in the rescue of an estimated 200,000 Jewish refugees. Too Little, and Almost Too Late is the first scholarly book about this extraordinary and little-known chapter in the history of the Holocaust. It demonstrates how even a handful of good people can make a real difference.
Too Little, and Almost Too Late was authored by Dr. Rafael Medoff, director of the Wyman Institute. It includes additional essays by David S. Wyman, Laurel Leff, Arieh Kochavi, Bat-Ami Zucker, Sharon Lowenstein, and Monty N. Penkower. The foreword is by Prof. Walter Reich, former executive director of the United States Holocaust Memorial Museum. 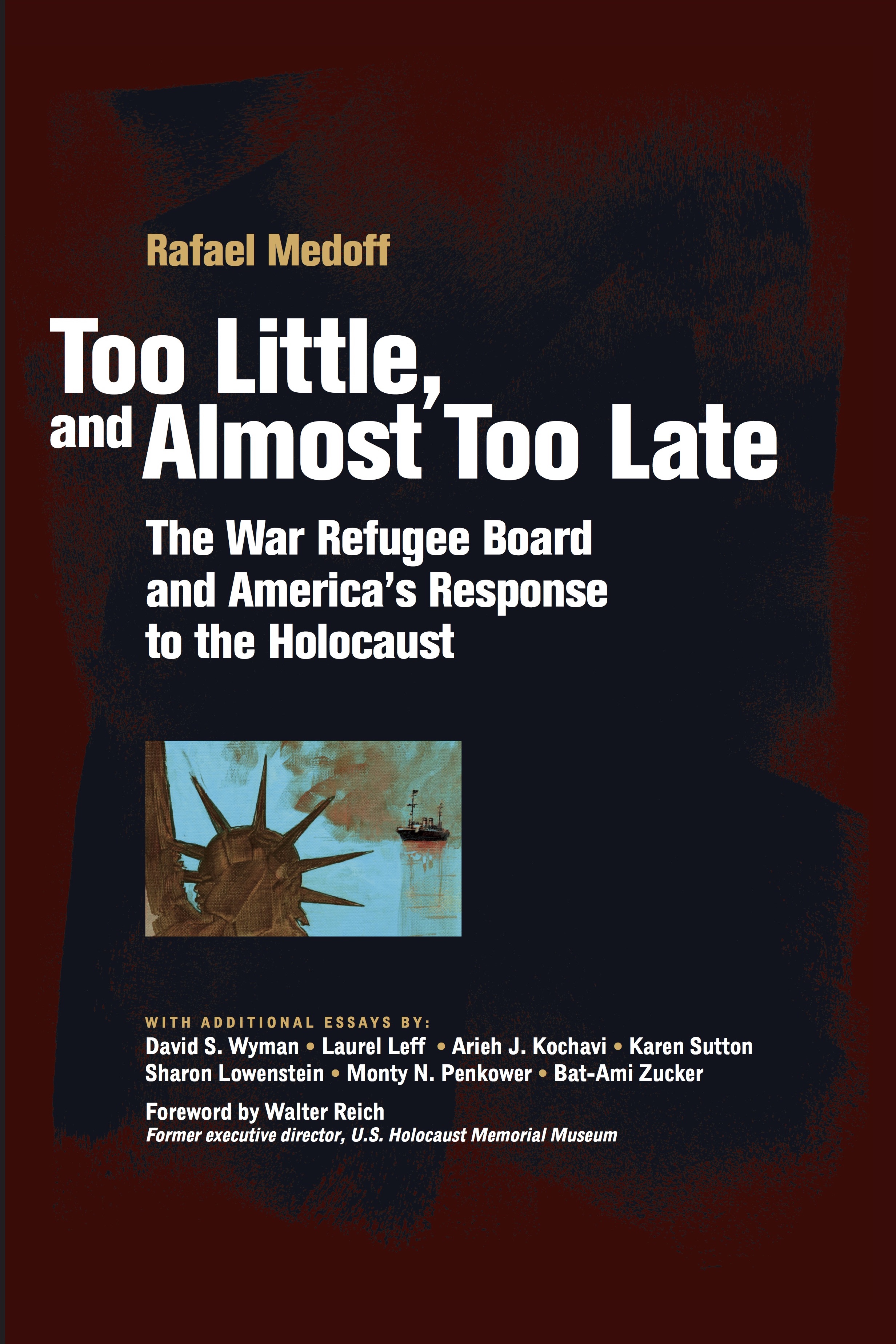