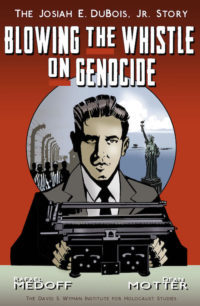 Move over, Superman and Batman, there’s a new hero in the comic book world: an American government official who helped rescue Jews from the Holocaust is starring in a new educational comic book.

The full-color, 28 page comic book, titled “Blowing the Whistle on Genocide,” tells the amazing but true story of Josiah E. DuBois, an attorney in the Treasury Department who played a central role in exposing the State Department’s efforts suppression of news about the Nazi genocide and obstruction of attempts to rescue Jewish refugees.

The whistle-blowing by DuBois and several of his colleagues helped force President Franklin D. Roosevelt to establish the War Refugee Board, which helped rescue Jews from the Nazis in 1944-45. DuBois served as one of the board’s leaders. This spring marks the 75th anniversary of the board’s valiant effort to interrupt the mass deportation of Hungarian Jews to Auschwitz.

The riveting new comic book chronicles how the War Refugee Board, despite receiving little or no support from the White House and other U.S. government agencies, played a major role in rescuing over 200,000 refugees during the final months of the Holocaust.

“Blowing the Whistle on Genocide” is authored by Holocaust historian Dr. Rafael Medoff, director of the David S. Wyman Institute for the Holocaust Studies, and illustrated by award-winning comic book artist Dean Motter, creator of the acclaimed character “Mister X.” It is co-published by the Wyman Institute and the Goodwin Foundation.

According to an analysis recently published on the website of the Harvard Graduate School of Education, “Comics can be an invaluable teaching tool…They can facilitate a better understanding of complex required texts by serving as a preliminary reading activity [and] they can replace less-accessible works from the literary canon while still conveying the same messages and using the same literary and rhetorical conventions.”

“Blowing the Whistle on Genocide” is the third educational comic book that Medoff and Motter have created. They previously collaborated on “The Book Hitler Didn’t Want You to Read,” which was the subject of a feature story in the New York Times. Edited by Mark Rothman, former executive director of the Los Angeles Museum of the Holocaust, “The Book Hitler Didn’t Want You to Read” told the story of a young American journalist who exposed Adolf Hitler’s attempt to foist a sanitized version of Mein Kampf on the U.S. public in 1939–and the unprecedented courtroom battle that ensued. “It is brilliantly conceived, powerfully executed, and all true,” said former U.S. Attorney General Michael B. Mukasey.

Their second comic book was “Karski’s Mission: To Stop the Holocaust,” which focused on a Polish Catholic underground courier who smuggled himself into the Warsaw Ghetto in 1942–and then brought news of the Holocaust to disbelieving world leaders, including President Roosevelt. “Karski’s Mission,” which was co-published by the Wyman Institute and the Jan Karski Educational Foundation, won a Silver Medal in the 2017 Independent Publisher Book Awards.

Both comic books are now used as curriculum texts by high school teachers and college professors around the United States. In addition, a Polish-language version of “Karski’s Mission” is widely used in schools in Poland.

Stan Lee, the co-creator of Spider-Man and longtime publisher of Marvel Comics, who passed away recently, was a strong supporter of the Wyman Institute’s line of educational comic books. “The Wyman Institute has undertaken important and innovative projects to teach young people about the Holocaust through cartoons and comic strips,” Lee said. “I strongly applaud the Wyman Institute’s pioneering efforts to reach out to the younger generation, which can help ensure that the mistakes of the 1930s and 1940s will not be repeated.”

For information on ordering “Blowing the Whistle on Genocide” please contact: info@wymaninstitute.org 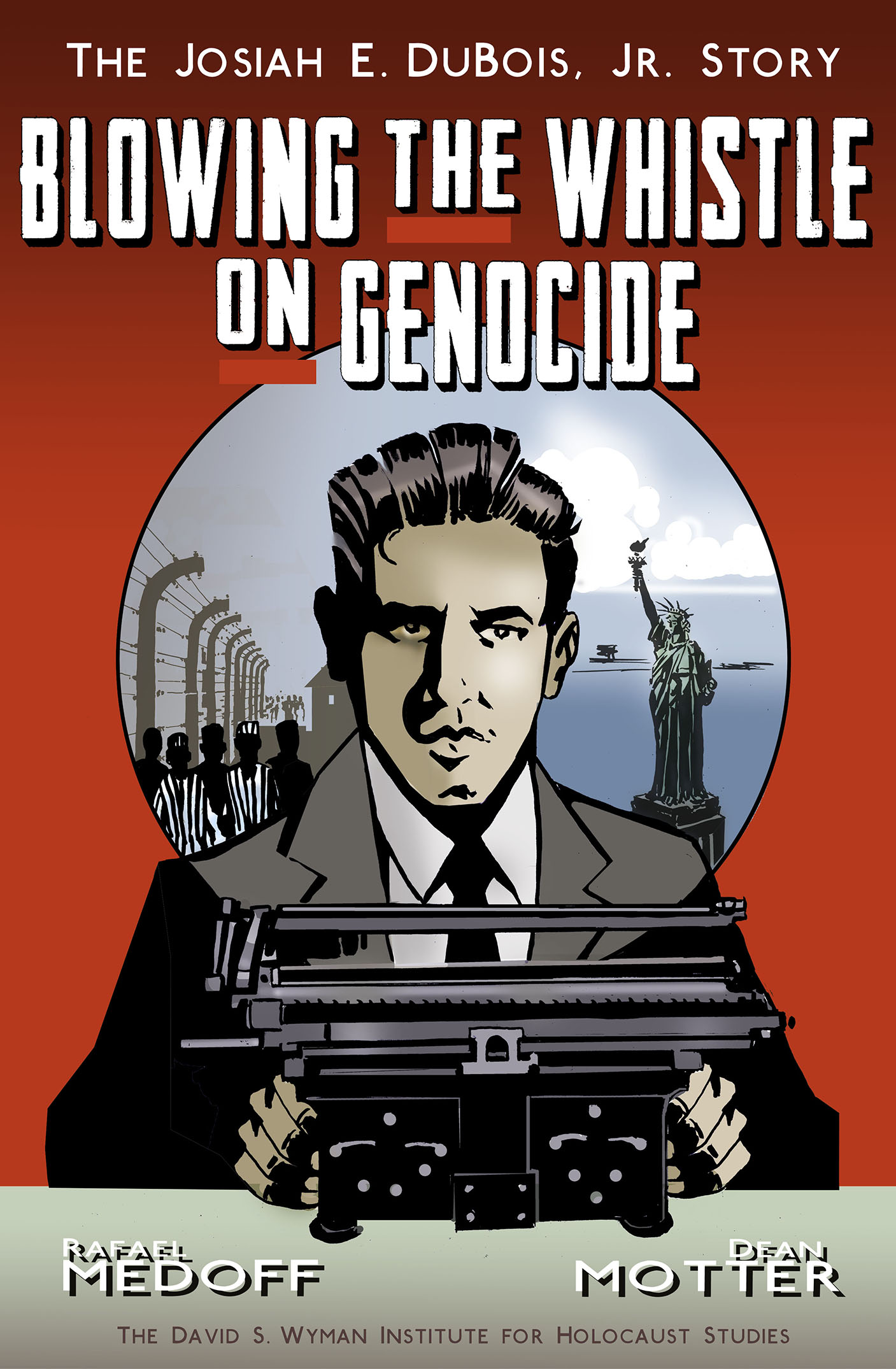